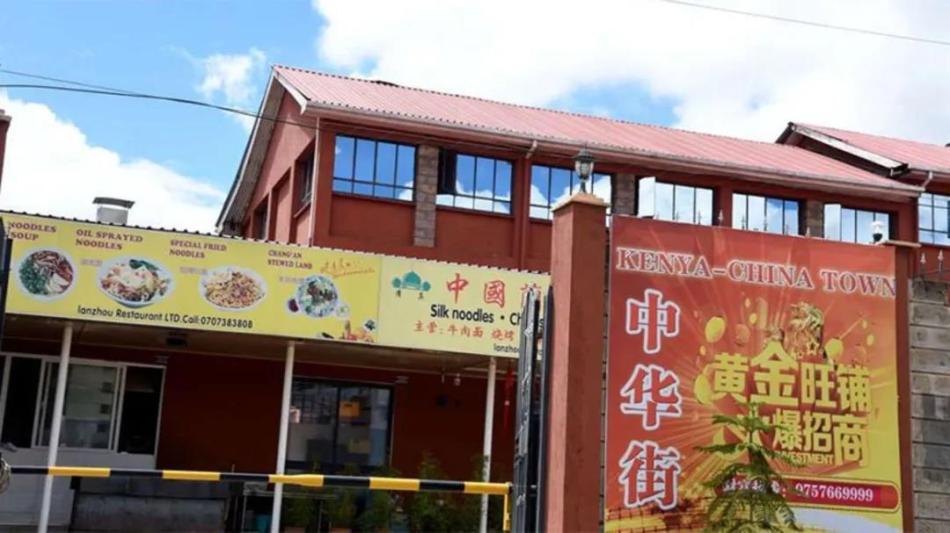 Huang is working for a Chinese construction company in Nairobi, Kenya, and he came here three years ago. Before coming to Kenya, Huang had never been abroad, so Kenya was an unheard place.

He decided to come to Kenya because of the high salary. He couldn’t secure a high pay job in China as a student who went to an unpopular university. He said he is saving money to buy a property in China, and then get married to a girlfriend, whom he see normally once a year.

The living condition is quite harsh. Huang stayed with other two colleagues in the same room. They have a Chinese cook , who serves them authentic Chinese food. Kenya is a good place to save money, as there is not much to do.

Despite the good pay, working in Kenya is risky for Huang since his company only provided him with a temporary tourist visa in order to save money on visa issuance and save tax on the payment. The company promises him a working visa in the future. But Huang is still uncertain about that. Huang’s working status is kind of illegal in Kenya. He said he is scared to be stopped by the police on the street, as they will ask him for passport. For Huang, there is a probability to be deported back to China. “You can pay the officer to solve the problem. It depends on how lucky you are.”One time, Huang drove a car to buy construction materials for work. He was stopped by a police officer on the street. They checked his documents and took his car. He ended up paying 300 USD to get the car back.

For Huang, coming to Kenya is not an ideal decision, but he cannot find a better-paying job in China. He said he felt like he is putting his own life at stake for money. He only has a small social circle in Kenya, with mainly Chinese people. The construction project has a few Kenyan workers, but Huang said they normally keep their distance from them. Since the project location is near a slum, they raised a dog by themselves to protect their residency. He said, “If the dog is raised by Chinese, then they will bite the intruders to protect us.”

Everything seems not ideal for Huang until he met a non-profit founder in Kibera, the largest slum in Nairobi. Padox grew up in Kibera with support from a US non-profit so that he was able to finish school. He decides to set up a free school in Kibera for those kids who cannot access education. At that time, Padox was planning to build another school. Due to a lack of financial support, he was desperately looking for the donation of construction materials. He got connected with Huang, who works for a construction company.

Although the donation didn’t work out as Huang’s company is unwilling to do it, Huang has a great conversation with Padox. It is the first time that he has a real conversation with locals. Huang came from a rural village in China where many kids struggle with education. Some of them need to walk miles away to go to elementary school, while some even dropped out of school because their parents need help at home. Padox’s action touches the heart of Huang, “It is the first time I realized that we are all human beings. We shared the same feelings. We shared the same ambitions towards the world.” Although Huang struggled with some locals, he finds the good side of people.

Lan is working for a real estate company. Before coming to Kenya, she has already worked in Russia for four years. She is used to working abroad and being away from her family. For the reasons of coming to Kenya, Lan thinks Kenya is a politically stable country with uprising economic development. Her family also thinks Kenya is a safer choice for a girl. However, Lan indicated that she doesn’t have the intention to come to Kenya. In other words, she needs to come for her work.

Although Kenya is a fairly safe and stable country, Lin is still biased toward this African country. When asked about her opinion on local people, Lin said, “In general, they are nice. But some of them always steal from us. We need to be careful.” One time, she asked a local guy to help her push the car. She ended up finding this guy stealing papaya from her backseat. Because of those theft issues, Lin had a negative attitude towards local people. She became less patient and more cautious. Previously, she reported her neighbor to the police because they were too noisy.

Her company also needs to deal with local police sometimes. For example, two of her colleagues were caught by the police because they consumed in a bar without a license. The police officer asked the company to pay to get those two persons out. “You need to know how to play with the rule: bribing is essential.” From all of those experiences, Lan felt exhausted.

Most of the time, Lan will go to Chinese restaurants and hang out with other Chinese. She always complains about social media about the conflicts between her and locals. Sometimes it is about theft, and sometimes it is about miscommunication. If you scroll down her Wechat moments, you will feel like she is unhappy and moody all the time.

However, her attitude changed after a few months after coming to Kenya. After some unexpected interaction with locals, she finds that some people are kind and warmhearted.

She received lots of help from strangers. When she took the taxi in Mombasa, she met a driver who was willing to drive her around the city center for free. When she went to the supermarket and struggled to find the items she needs, a nice Kenyan guy reached out and help her. Although they are all strangers, they made Lan feel warmth in the country.

“My life will be much harder without those help hands. I mean, I am living here alone. I do need support sometimes. At first, I always feel suspicious about locals because of what I read on media or what other Chinese people told me. I should interact with them without bias. When you have a bias on people, you already adopt wrong attitudes towards people.”

For Lan, coming to Kenya is not her primary initiative, but she ended up finding warmth in the country.

Mike is a young Chinese-Malaysian man. His grandparents immigrated to Malaysia from Fujian in the 20th century. As a third-generation immigrant, Mike can still speak fluent Chinese. After finishing his bachelor in New York, he started working for an international non-profit in New York. However, after one year, the non-profit cannot extend his US visa. They provided him with another job within the organization but based in Nairobi, Kenya. From New York to Nairobi is a big shift for Mike. He decided to take this offer while at the same time searching for other opportunities.
Upon arriving in Kenya, Mike didn’t know anyone in this country apart from his colleague. Gladly, everything didn’t look too bad as he had nice colleagues. Mike found a nice Chinese noodle place around the corner. He rents a nice apartment. However, Mike still missed New York, a city with tons of events going on every day and diverse people. He felt uncertain about his life and his future in Kenya.

Mike went to Haiti for a project in the past. When he was in Haiti, he was shocked when he saw how local kids stared at them and the non-profit logo in their cars. Mike said he could not describe his feelings in words. “Their eyes are full of disparity and hatred, which make me feel worthless as a non-profit worker.” Mike said. After that, he tried to avoid going into a slum because he couldn’t forget what happened in Haiti.

After a few months, he met a Guatemalan guy from his organization who came to Kenya for tourism. The Guatemalan guy shared with him some contacts in Nairobi that he can potentially meet up with. After a few chats, Mike arranged a meeting with a Chinese intern who worked for a think tank.

During the meeting, the intern shared her experiences with some local teenagers who grew up in Kibera, the second-largest slum in Africa. She encouraged Mike to book a half-day Kibera tour on Airbnb. Mike was hesitating at first. He shared his experiences in Haiti and his concerns about visiting a slum. Then, the intern said, “Well, Kibera is not a slum. I would like to describe it as a community. It is the friendliest community I have ever visited.”

After the meeting, Mike decided to give it a try. He was curious about what the intern meant in her words and wanted to get away from those sad moments in Haiti.

Mike booked the same tour on Airbnb. On the tour day, he met four teenagers at a shopping center. They took Matatu, the local bus system in Nairobi, together to Kibera, and it was the first time that Mike used it. Because there is no bus sign and no indicated routes, it is hard for foreigners to use Matatu. Arriving at Kibera, they walked inside the community. A kid was trying to clap hands with Mike. At that moment, Mike felt grateful and flattered. Everyone was smiling at him while passing by. Although he has different skin color, no one stared at him for a long time or treated him differently. He heard the stories shared by tour guides, the four kids who grew up here. He saw the “Magic football field.” One of the tour guides said, “If you can play football well, you can get a football scholarship. That’s why this football field is called magic football field.”

After the vising, Mike’s thoughts on the slum completely changed.

He learned that he shouldn’t live in the memories. He shouldn’t forget those memories; he should carry them with him and move on. He started to realize the important part of a city is the people living inside. As a non-profit worker, he should get close to people and learn how they live.Mike also saw the water system invented by a Japanese social enterprise that ensures a clean water supply for every family in Kibera. The water system truly inspired him. At that time, he realized the power of social innovation.

Life in New York was good. Life in Nairobi is ideal.

When people move around, we probably are already entertaining some biases towards the local community. Three people all came to Kenya for different reasons. For them, coming to Kenya was not their ideal decision when they made the decisions. Thanks to life, they experienced those touching and meaningful moments. Life is an unknown journey. We will never know what’s going to happen in the next minute.

So why not embrace Kenya and embrace a new life?

Note: pseudonyms are used in this article.

0 comments on “Fascinating Kenya: At First, No One Wanted to Come Here”