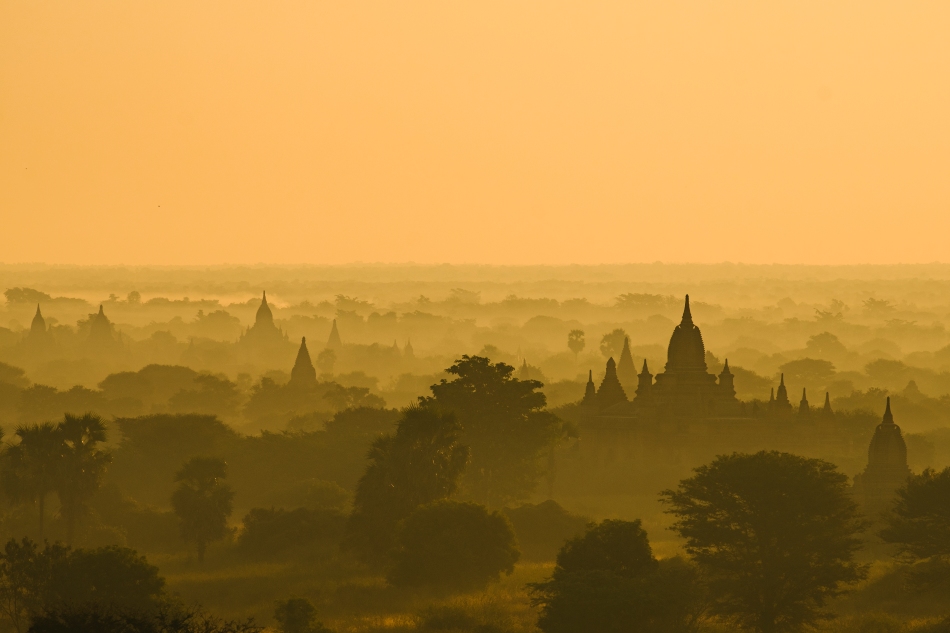 “All six Chinese workers I hired survived, but three of the workers hired by my friend were unfortunately killed,” said Mr. Wang, a Chinese who works in the jade quarrying industry in Burma. “There are accidents various in seriousness every year, and it’s very common to see the workers lose their lives.” Jade mining is a very dangerous job, along with rocks, collapses, cliffs and landslides. The miners often claim it’s a life gamble. Still, the dangerous work has attracted people flocking to it, especially Chinese who dream of making a fortune overnight.

On July 14, 2020, a massive mining disaster occurred in Kpakan, northern Myanmar, resulting in the deaths of 174 miners. This shocking mining disaster was caused by a landslide that occurred when the soil slope loosened due to long-term jade mining. The largest jade mine in Padang, northern Burma, has records of Chinese people moving to the area and settling there as far back as the Yuan Dynasty. According to Sanlian Life Magazine, there are about 600 jade mining companies operating in the 20,000-acre area around the town, with a growing number of Sino-Burma joint venture mining companies.

According to The Economist, Chinese are main forces in the jade mines here in the northern Burma, where it holds around two millions of Chinese. Most of Chinese  are engaged in catering, jade and timber industries. Not many Chinese workers work as jade diggers, but most of them tend to be involved in the jade trade. They employ Burmese or some other Chinese to extract jade and provide them with daily accommodation as return.

Ye Htut, Burma’s deputy minister of enterprise at the Ministry of Gems, said that the Pakang mine was governed by around 10 companies, most of which were Chinese-Burmese joint ventures led by China. A senior executive of Thukha Yadana Minerals, a local Burma company, said that the Chinese played an important role in both the mining and marketing of jade. Chinese enterprises provide a large number of the heavy machines throughout the process of jade mining ,therefore, the jade that are excavated in Burma would directly transfer to Chinese consumers.

The Value of Jade

Burma is one of the least developed countries in the world and is also ranked at the bottom of the world in terms of business vitality. Burma ranked 170th and 171st out of 190 countries/regions in the World Bank’s Doing Business 2017 and Doing Business 2018, and 131st out of 140 countries/regions, according to the 2019 World Competitiveness Report. However, why do so many Chinese still choose to do business here?

Nearly 10,000 people are attracted to trade in the Jiaowan Jade Market in Mandalay, Burma’s second largest city and the largest jade market everyday. According to Mr. Sin, a local jade dealer who come from China, Guangxi, about half of the buyers are Chinese. The market opens at 4 a.m., Burmese jadeite is highly sought-after by the Chinese because it is more ornamental and collectible than Chinese nephrite.

According to statistics, 95% of the world’s jade come from Burma. The rest are excavated in Russia, the United States, Japan, Mexico and other countries. However, In addition, the quality of Burmese jade is also better than many other jade stones such as oriental jasper, field-yellow stone, Hetian jade, etc

Jade has been popular in China since the ancient times. Not only because of its aesthetic value, but also the social value it represents. As can be seen from  The Book of Rites by Confucius, jade represents love, justice, morality, and wisdom, and thus wearing jade has become a cultural tradition in China.

The craze for jade stimulates the economic vitality in Burma. China becomes its largest market for jade. Meanwhile, more Chinese have been encouraged to migrate to Burma to take up their jade business. According to a survey from Global Witness, the jade trade in Burma a year is worth more than $31 billion, equivalent to nearly half of the country’s GDP. The data released by Burma’s Central Statistics Office showed that the top source of tax revenue in the 2018-2019 fiscal year was agriculture, followed by jade.

According to the survey, most of the Chinese engaged in the jade business have migrated to Burma from Fujian, Yunnan, Guangdong and other places in China. In addition to geographical proximity, affluent southeastern coastal areas have long been in short supply of jade products. Therefore, the vast jade market is formed. What is worth mentioning is the sagaciousness and bravery of the people from Fujian and Guangzhou, which has also contributed to the growing jade business.

In Burma, due to the lack of local processing technology, the deficiency of the processing equipment and the language barriers, the Burmese are less successful in jade sales compared to Chinese. The Chinese are engaged in different aspects of the jade business in Burma: raw stone mining, transportation, processing and sales, etc., It cannot be denied that the Chinese are better at processing and sales channels. Thus, they can get more lucrative and stable income than Burmese who work simply as manual labor.

What are the prospects for the Chinese jade industry?

A host who has stationed in Mandalay doing live jade video broadcasts for a long time, Mr. Chang once made sales of 200 million RMB a year, and his monthly income is about 200,000 RMB after paying the tax. In Burma, there are a great number of hosts like him. Such economic lure prompts a growing number of people to join the jade production and marketing chain.

At the same time, the economic benefits from the jade industry have provided a huge economic support to the livelihood of Burmese people. Currently, according to the Burma Bureau of Statistics, the average annual per capita income in Burma is around US$1,390. The vast jade market in China and the high value of jade boost Burma’s economy to a great extent. As Aung San Suu Kyi, the country’s senior minister said, the key solution to the country’s backwardness is to create jobs, thereby improving social security  and ensuring the long-term stability.

However, it is not as simple as it seems. The Burmese have not changed their negative attitude towards Chinese. There are frequent reports in the Burmese media of confrontations between Chinese and Burmese. The Burmese people’s web review on these incidents show us the focal point of the conflict.

There are scores of jade traders who live better-off lives than the locals in Burma. In order to earn more money, they often oppress the locals by wage cutting. As time passes, the Chinese group that manipulate the jade market is gradually formed. Some Chinese even take economic advantage to pay bribes to the police for reducing various penalties. In addition, Chinese businessmen have caused a significant uplift in the real estate industry, resulting in locals being forced to dwell in suburbs. The media have also misled the public opinion, leading to sharp conflicts between the two sides.

In addition, the locals have also expressed deep concerns about the environmental and ecological issues in Burma. A large number of forests has been cut down. The pits can be seen everywhere, and biodiversity has been drastically reduced due to the aggressive exploitation of jade and forest caused by Chinese. All of issues above have alienate Chinese from local Burmese in economic, social, and environmental aspects.

In order to solve the problems, the Burma State Tax Administration has issued many restrictions and offers the economic incentives. For instance, the jade industry will not be considered as an industry that should be encouraged in the field of trade cooperation and tax incentives. In the contrast, the government of Burma stipulates that the period of foreign development in Burma should not exceed the year of 2021. The clause limits the future development of jade trade in Burma to some extent, which directly impacts the economic, social and ecological aspects in Burma.

In addition, the Department of International Taxation of the State Administration of Taxation of China has also requested Chinese businessmen and enterprises to understand and learn Burma’s religious beliefs and customs in advance, respect the opinions of the local people, avoid conflicts with the local government, and strengthen economic cooperation and exchanges.

With the emergence and prosperity of the jade industry, as well as the restrictive development that may come in the future, Chinese will play a very important role in it. Chinese integration in the local community has brought economic vitality in Burma, but it is undeniable that such integrations has also caused a variety of social and environmental scourges. In addition to the jade industry, Chinese will probably also be involved in a variety of projects that facilitate the country development in Burma. Therefore, a prerequisite for active local integration is to understand the local cultureand show respect to Burmese, and their homeland.

This article was translated from an article posted on Wechat Official Account: China House

0 comments on “Chinese People Mining Jade in Burma, Are They Integrated Into the Local Society?”